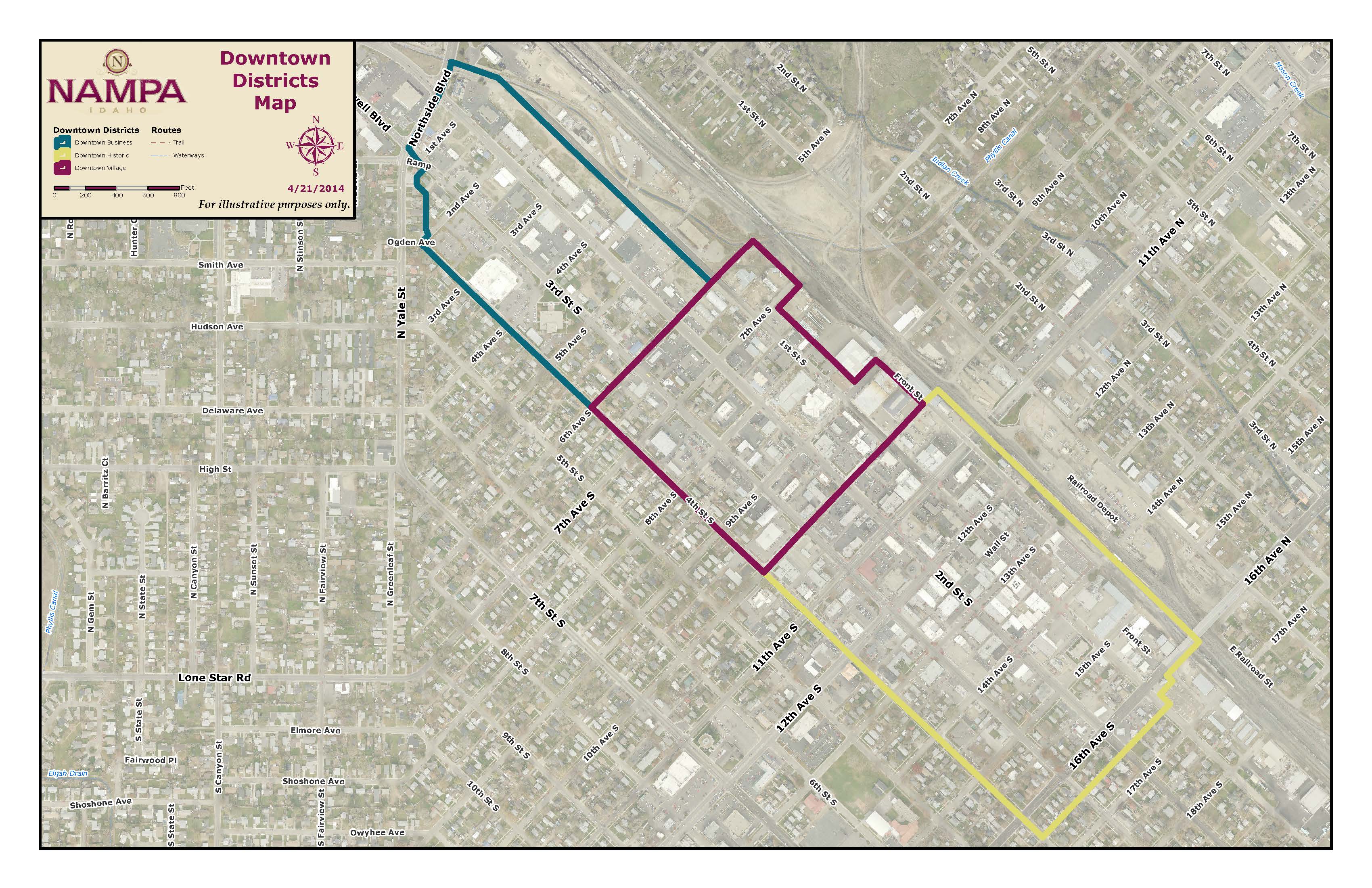 Our goal is to assist in creating a vibrant downtown, by promoting private development, providing support for the Main Street Program, and completion of the Library Square Project.

Our community expressed tremendous support for a new library. When the Nampa Development Corporation was formed, one of its primary purposes was to build a new library for the people of our community.

Completion of the Public Safety Building cleared the way to vacate the block that housed the old Police Department building, thus helping to move the new library project forward.

Nampa Development Corporation’s overarching objective is the continued revitalization of downtown Nampa. A new library building not only provides much-needed space for library services, it serves as a catalyst for economic development in our historic downtown. As was the case when the NDC was formed, a public/private partnership remained at the heart of bringing the Nampa library project to fruition.

The Nampa Development Corporation contracted with the Gardner Company to build the library and bring significant enhancements to Nampa’s historic downtown core. The library project includes a public parking structure as well as a public plaza. As part of the larger vision of stimulating economic development in downtown, the Gardner Company constructed two retail buildings on the block now known as "Library Square". Tenants occupying these retail/office spaces will have front facades that sit across from the library and open up onto a shared plaza. Parking will be on the same block, within the public garage, allowing safe access for all, including families with small children.

Libraries have changed over the past number of years as technology has expanded our access to information. Nonetheless, libraries remain as important as ever to the health and vitality of a community. The new library provides internet access for students and job-seekers, free computer classes for those looking to enhance their computer skills, numerous educational resources, programs for children and, of course, books to be checked out and savored.

The building was designed by Babcock Design Group and FFA Architecture, and constructed by Engineered Structures, Inc. (ESI) . In addition to its beauty, the Library has received a certificate from Green Globes for its energy efficiency. This project is currently the largest investment in downtown Nampa in twenty years.

The building was designed by LCA Architects, and constructed by Engineered Structures, Inc. The construction of this building was the first Nampa Development Corporation catalyst project for the overall downtown redevelopment efforts. Its completion was key to opening a city block in downtown Nampa for public/private development.