In Memorial of our Lost

Chief Alan Creech was tragically killed in a plane crash on June 21, 2002. Also killed in the plane crash was longtime Nampa Police Reserve Officer Mark Hupe. Officer Hupe, also a private pilot, was flying Chief Creech into a mountainous area near Atlanta Idaho in order to check out a possible location for a kids church camp. They were attempting to land and encountered some difficulties which resulted in the crash.

Chief Creech was honored by an engraved stone in front of the West Substation. He was also honored by the city of Nampa for his efforts with at risk children, by the naming of public basketball courts in his honor. "Creech's Courts" are located at 7th St. No. and 13th Ave.
No. 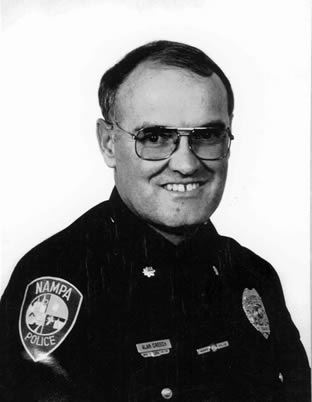 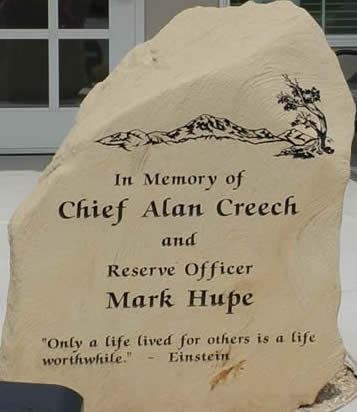 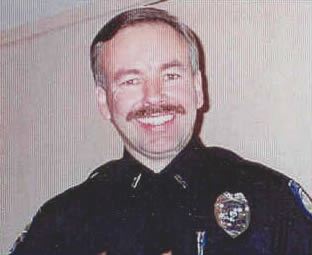 Hugh Nichols was a Nampa Police Officer and was killed in the line of duty in 1931. Nichols was 46 years old at the time of his death. Nichols had also served as a Canyon County Sheriff's Deputy as well as a Detective for the Union Pacific Railroad, prior to serving with the Nampa Police Department. He was very active in community affairs as a member of the Nampa Lions Club. He also farmed in his spare time, out on Lone Star Road.

It is believed that Nichols surprised a burglar in the old Ford Garage and was shot and killed. Nichols was found deceased the following morning at the Ford Garage, with a gunshot wound to the head. The killer was never arrested. In 2005 the Nampa Police Department building was dedicated and renamed in his honor. 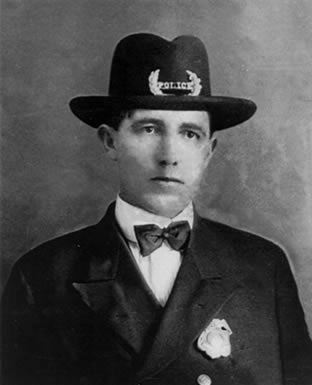 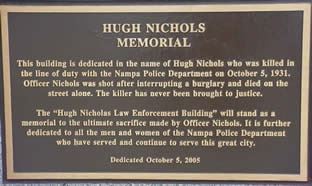