Nampa Police Department employs a wide variety of specialties to effectively provide service to the public. Specialty positions are primarily occupied by sworn personnel, however several specialties have civilian positions as well, such as criminalists, crisis negotiators and field training (Dispatch & Records). Nampa Police Department provides the necessary training and equipment for members of all specialty units.

Works with Nampa Fire Department investigators on potential arson incidents, to verify arson and then conduct a criminal investigation.

Uses specialized training and equipment, including robotic assistance, to deal with potential or actual explosive devices. 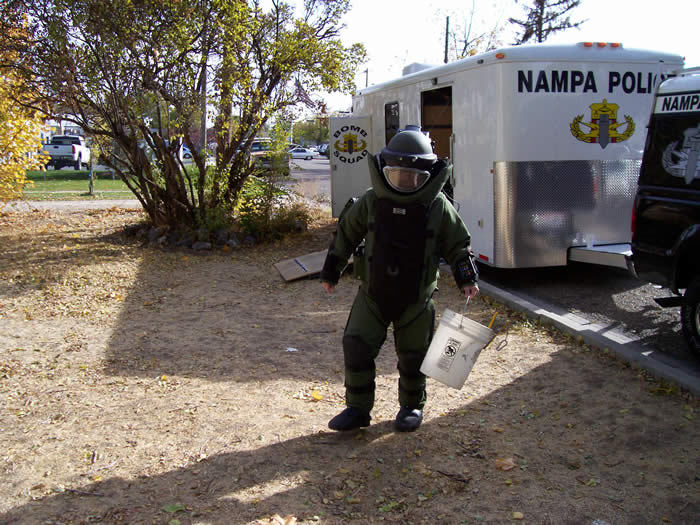 The Nampa Police Department Bomb Squad members are trained by FBI instructors at the Hazardous Devices School in Huntsville Alabama, at Redstone Arsenal.

The Nampa Police Department Bomb Squad operates regionally and has an MOU (Memorandum of Understanding) with five surrounding counties in Idaho and one county in Oregon, to include all cities within those counties. This allows the Bomb Squad to be called upon to serve in other jurisdictions and assist agencies that are not equipped to deal with explosive devices. 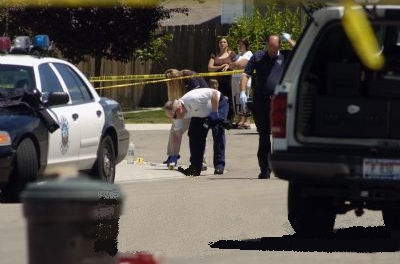 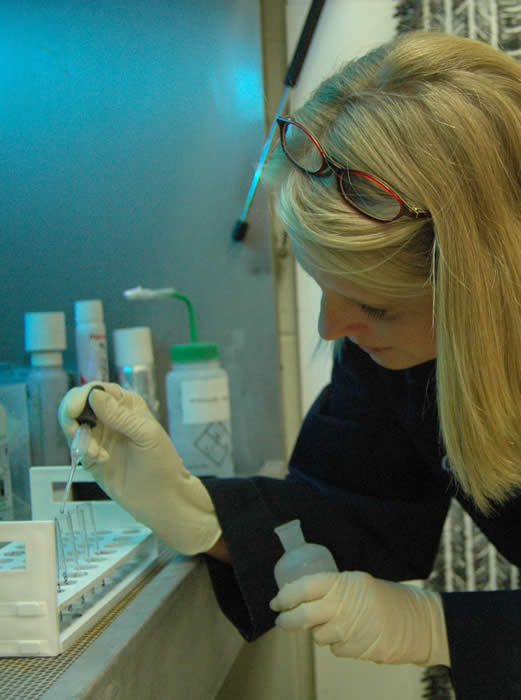 The Unit is lead by Criminalist Christine Cannon, who also leads the Evidence Division. Evidence personnel are responsible for custody and inventory of all evidence collected by Nampa Police Department, as well as assisting with evidence collection at major crime scenes. 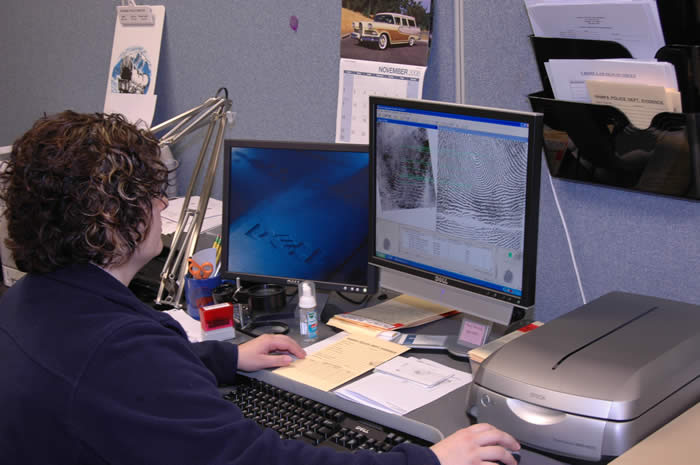 
Investigations of all felony crimes.


Works with TRT on high risk hostage or barricaded subject incidents, to attempt to gain compliance of the violator and obtain a peaceful resolution.


- Responsible for the on the job portion of training for new officers. 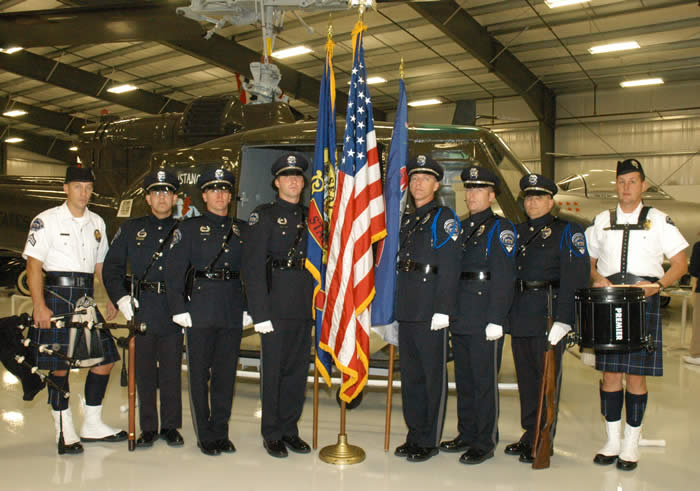 Ceremonial unit used in the presentation of colors and rifle detail for special events and funerals. 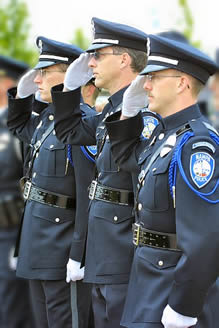 Since it's inception in 2001, the Honor Guard has had the sad and unfortunate duty of attending several funerals of slain officers, both in Idaho and in 5 surrounding states.

The honor Guard also provides support and participates in the services for the annual Idaho Peace Officer Memorial. This is an annual service involving honor guards from many state agencies.

This volunteer unit is comprised of Nampa Police officers specially chosen to serve. 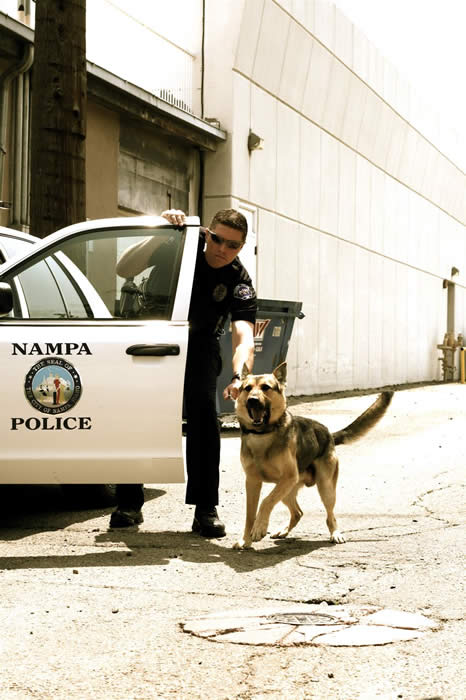 
Responsible for range safety and training of officers in the use of firearms. 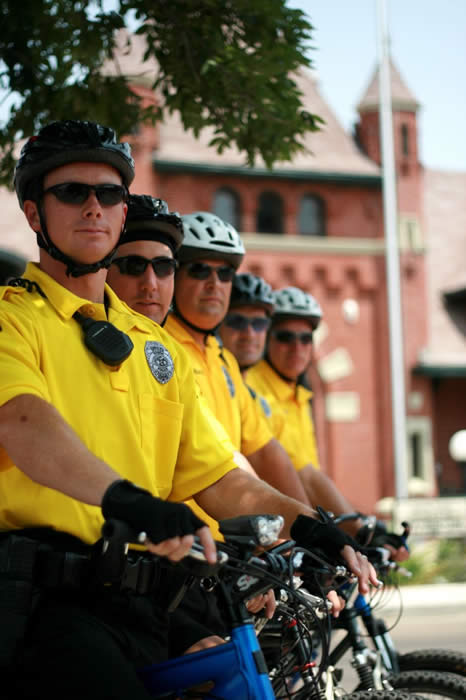 CCNU (City County Narcotics Unit) was formed in 1989 in response to the need for a unified drug enforcement agency in Canyon County. In June of 2002, Nampa Police split from CCNU and started our own narcotics unit in response to a growing need for directed narcotics enforcement specifically within the city. The Special Investigations Unit was started to address that need after the Nampa Police Department separated from CCNU.


SIU maintains close working relationships with other drug enforcement agencies in Idaho and routinely works cases with the DEA and the State Bureau of Narcotics. SIU has established an MOU (Memorandum of Understanding) with the Ada County Narcotics Unit allowing both units to cross county lines to enhance enforcement efforts.

Much of the information received by the unit comes from concerned citizens. Anyone can contact the SIU with information and remain anonymous. We do not use Caller ID, nor do we record any calls from people wishing to provide narcotics tips or information. Any information or concerns can be relayed through the form on the right, or called into the unit by calling 208-463-0139. 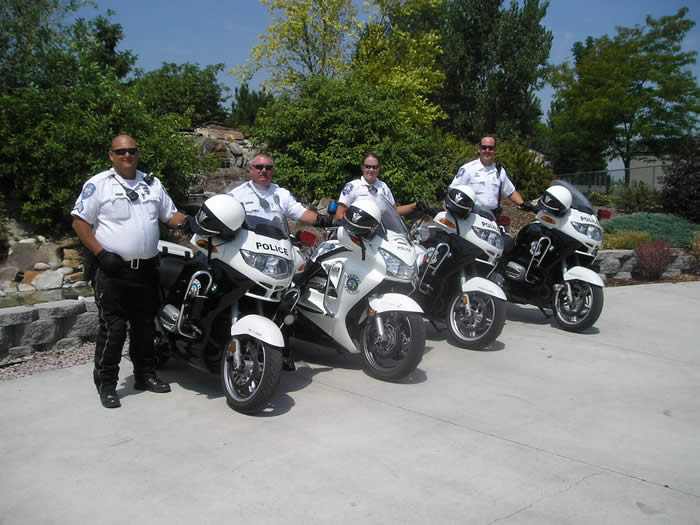 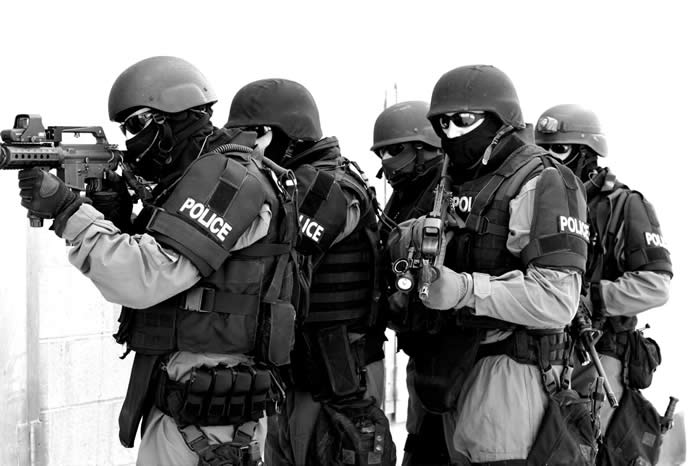