The Nampa Police Dispatch Center currently dispatches for Nampa Police Department and the Nampa Fire Department. All 911 calls within the incorporated limits of Nampa come into this center. Medical calls are dispatched to both the fire department and the Canyon County Sheriff's Office, who handles the dispatching for the Canyon County Paramedics. Typically there are at least three dispatchers on duty at all times, with four serving during peak load times. There are currently sixteen full time dispatchers, under the supervision of Brenda McAfee and Kimberly Main, the Dispatch Supervisors. 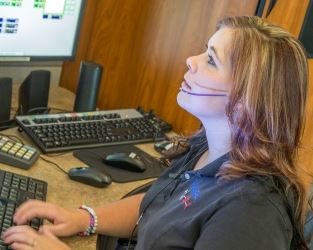 Nampa Police Dispatch is one of the busiest dispatch centers in the state. Between January 1, 2021 and December 31, 2021, dispatch handled over 125,000 phone calls. 33,499 of those calls were 911 calls. Additionally, Nampa Dispatchers also handled 103 text-to-911. 77,467 law enforcement incidents were generated from those calls and from officer generated contacts. These include emergency calls, case follow up calls, citizen flag downs, traffic stops, etc. Dispatch also handled 12,593 calls for service for the Nampa Fire during that same period. 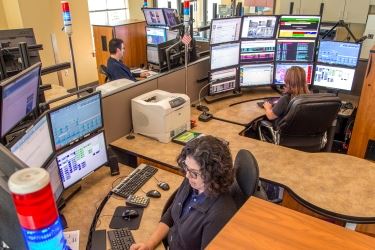 The Dispatch Center is completely computerized using an enhanced 911 phone system with a  computer aided dispatch system. Nampa Police also deploys GPS mapping and GPS in all patrol cars. This aids dispatch in sending the closest unit to an in progress incident, rather than simply sending the assigned area car.

Our Agency also has Phase two 911 service. Phase II service provides location of 911 cell phone calls for fast emergency service, in the event the caller either loses connection, or is forced to end the connection. Our 911 Center also receives 911 calls via text messaging.

If you are interested in a fulfilling career as a dispatcher and challenging yourself, check out our employment requirements to see if you qualify.