View Map (also included in resolution and shown below)

The City of Nampa hosted a public hearing on Monday, December 19, 2022 where the final map was adopted, establishing six voting districts for Nampa City Council, in accordance with Idaho state statute.

STAY TUNED!
The City of Nampa is currently working to create a searchable database for voters to use ahead of the November 2023 election. 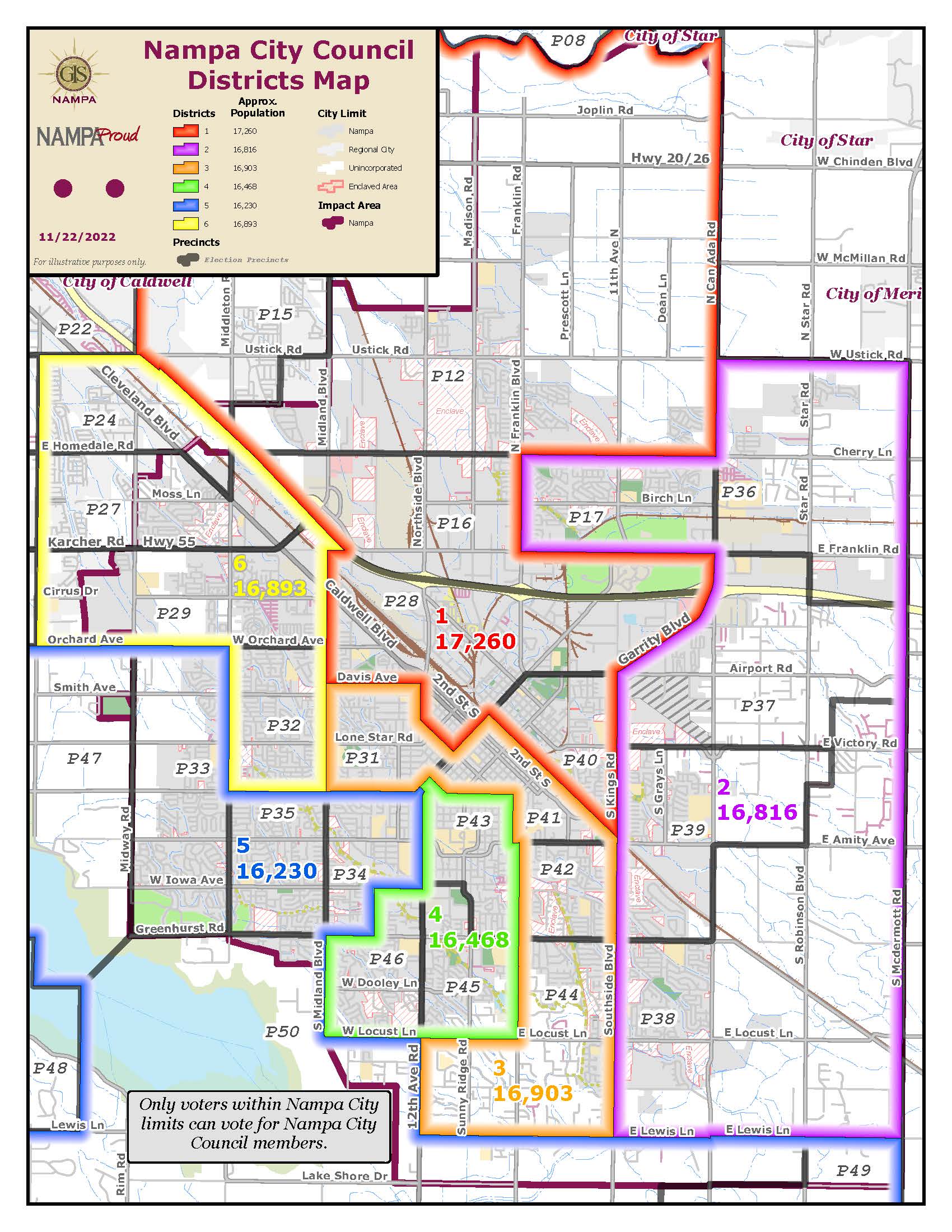 Why did we create council districts?

On March 21, 2022, the Nampa City Council passed an ordinance to establish the formation of a Districting Committee. This committee is tasked with the work of proposing a recommendation for council districts for public hearing and Nampa City Council ratification. The committee will be comprised of nine citizen members, all appointed by Nampa Mayor Debbie Kling and confirmed by the council, who shall work with three ex-officio members, consisting of Canyon County Clerk Chris Yamamoto (or a designee), Nampa Planner Rodney Ashby (or a designee), and the City of Nampa engineer (or a designee).

The nine committee members are voting members and serve without salary or compensation for their service. Anyone who serves on the Nampa Districting Committee shall be ineligible to run for a Nampa City Council seat for five years following such service. Several meetings will be required to draft the districting map for city council zones by fall of 2022. The work of the committee is expected to conclude by the end of the year.

REQUIREMENTS FOR COMMITTEE MEMBERS // Nampa's Districting Committee must include:

The remaining three of the nine committee members may reside anywhere within Nampa city limits.

The following Nampa residents were appointed by Mayor Kling and confirmed by Nampa City Council to serve on the districting committee:

The Districting Committee met July 12, July 26, August 9 and August 30 at Nampa City Hall. Their meetings were open to the public to attend in person or online (livestream.com/cityofnampa). An opportunity for the public to discuss and provide feedback was available in August 2022. Agendas for the meetings are available in the agenda center for the committee here.

The public was invited to share their suggestions for the six council districts. In order to meet statutory requirements, the districts must include the following criteria: 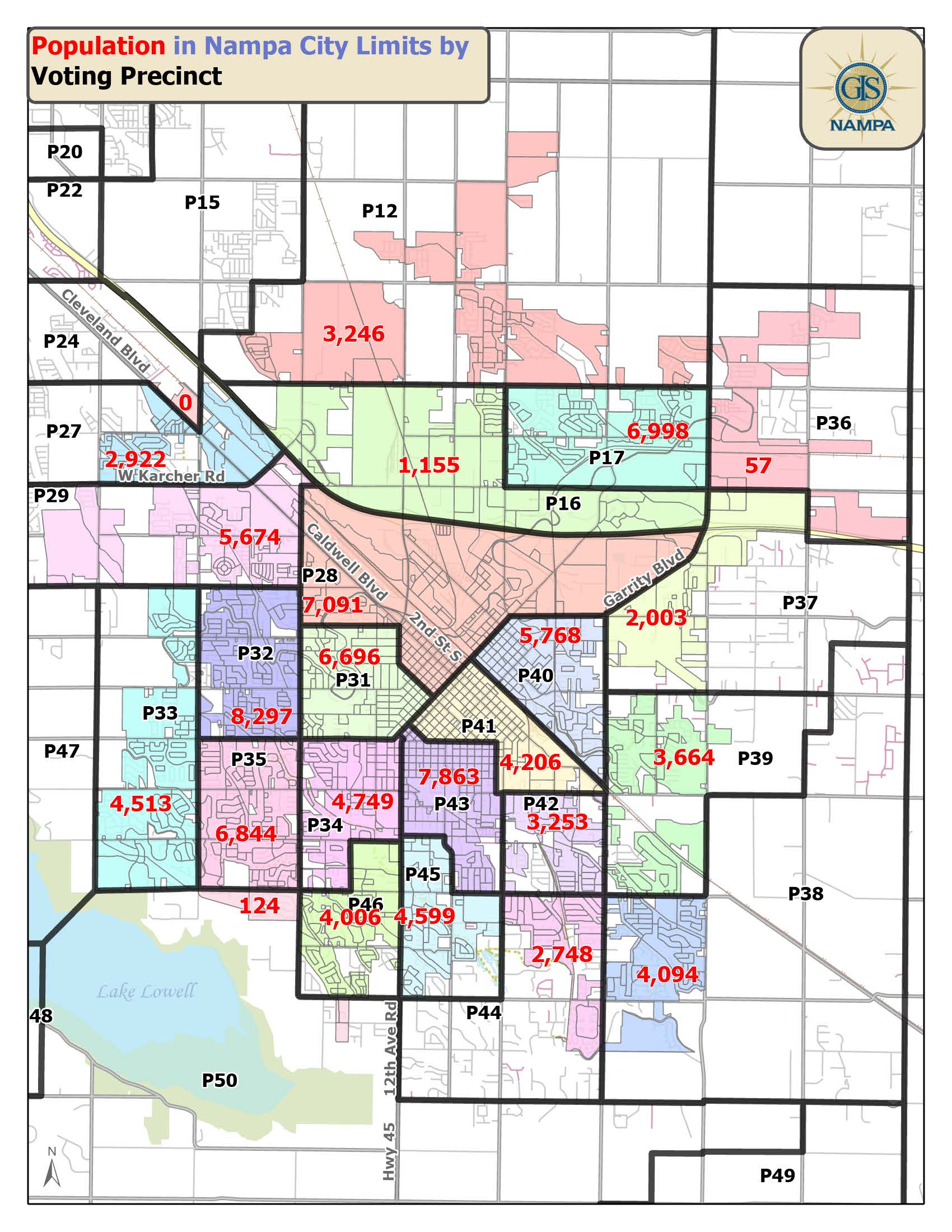 The Districting Committee shared a draft map for public comment and invited the community to attend open houses on August 16 and August 19. Additionally, a virtual open house was also available.