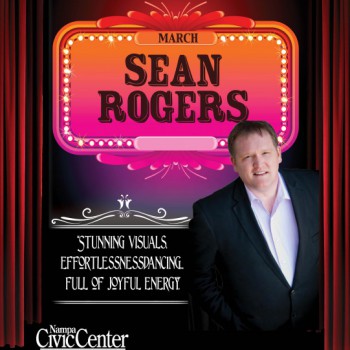 Sean Rogers has won praise and acclaim nationally and internationally for his artistic mastery at the keyboard. Sean is a concert artist who is just as comfortable in classical as he is with jazz. At the age of eight, Sean accepted his first organist-post for a church and has continued playing ever since. He started playing the organ in restaurants at age 12 and accepted a job of playing cocktail piano in a lounge when he was 16 years old. At age 16, Sean accepted the job of musical director for the “Illustrious Onion-Skin Players” where he improvised background music throughout their dramatic productions and performed ragtime and honky-tonk music for their touring productions. Sean’s experience in production has led him to direct over 80 Opera and Musical Theatre productions. Sean is currently General Music Director/ Resident Conductor of The Utah and Idaho Performing Arts Company in Draper, Utah.

As a classical and jazz organist, Rogers has performed a good deal of the symphonic repertoire for organ and is sought out as an organist for silent movies. His arrangements of Big-Band Standards have garnered wide acclaim and he is regularly called upon to arrange pieces for other people’s concerts and recitals. Sean is equally comfortable as a jazz pianist and performs with his jazz quartet. As a jazz pianist, Sean infuses a rich harmonic backdrop and rhythmic vitality to the melodies that he improvises to. Sean has been personal pianist to many jazz musicians including Sandi Griffiths from the “Lawrence Welk Show”.